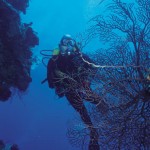 The diver entered the hull of the ship through the gaping hole that had sunk her. No-one had been down here yet since the ship sank minutes earlier, and he didn’t know whether he would find anyone alive or not, but if there was any chance of there being someone in an air pocket he hoped he would find them quickly – the water was icy down here.

There was debris everywhere, and he used the beam from his helmet’s light to pick his way through the hull of the ship to the cabins. As he searched them one by one, he was aware of more divers entering the area. The official rescue team, he presumed. They would know what to do.

He was just a holiday maker and had never been involved in a dive such as this before. He had only recently learned how to dive and had been scuba diving studying marine life on the coral reef the week previously. He just happened to be close by when the ship went down. He had a cabin cruiser moored not far from where the ship struck the rock, and immediately he donned his diving gear, without a thought of how he would go about trying to rescue survivors. Now the official divers were there Colin decided he would return to the surface by the route he had used to come in, before he got himself into trouble and created more problems for the rescue team.

He was on his way back through the hull of the ship when he heard a whimpering. Just as he reached a pocket of air, he saw it. A little bedraggled dog. Now what should he do? He had been taught how to rescue humans, but would this work for a frightened dog? Well, he’d got to give it a go anyway. He soothed the terrified dog, and wrapped his rescue rope around it, binding the dog firmly to his chest. Then he placed his mask over the little dog’s head. He knew he could hold his breath for a good long time, and thought he would make it out of the ship again before he would need to take a breath.

He dived back into the icy water, holding the little dog tight, and swam for his life towards the hole in the hull. His chest was starting to hurt, and he needed to take a breath, but he made it through the hole, and up, up to the surface where he gulped the sweet fresh air. All of a sudden he was aware of other divers around him, and someone grabbed hold of him. They hauled him on to the rescue boat, as he was gasping for air. 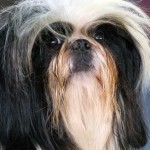 “Well done, son,” someone said. “You’ve saved that little dog. It belongs to a famous footballer’s wife, and there’s bound to be a huge reward for saving it, believe me.”

Inspired by a first line prompt from the book of 1001 story starters I received as a prize from wakeupyourmuse.com. As this book arrived a week or so after the cruise ship Costa Concordia sank off the coast of Italy, and it was the first story starter in the book, I thought it was an appropriate subject to write about.