A Garden of Eden 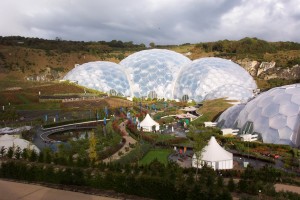 The first time I went to Eden Project I was on my own.
My daughter was living with me, so I left my dogs at home.
I took with me my son’s tiny tent to sleep in, just in case,
but managed to rent a static caravan quite near the place.

My first vision of the awesome quarry made me quite awestruck
by the vastness of the place, and as a pleasant stroke of luck
there was a friendly coach load of pensioners walking around,
so I had some people to talk to whilst admiring the ground.

The second time I visited it, I was with my daughter,
and our many photos showed that there was a lake with water.
But the following year when I returned again to the place,
a covered ice-rink stood there, and of the lake there was no trace.

They keep changing things around every time I go,
and what new additions there are now I simply do not know,
because I have not been back there for absolutely ages,
as there’s many other places that make me spend my wages! 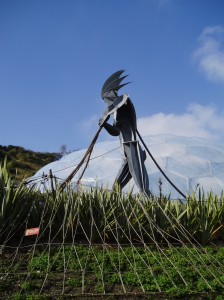 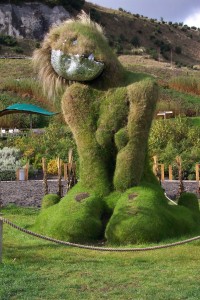 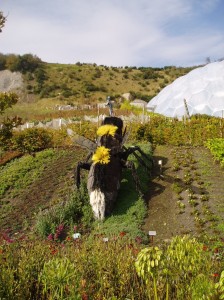 Aptly named, of course this sculpture is supposed to be Adam.
Eve was sitting nearby at first, a glassy, grassy madam.
But I guess she ran away, or she got eaten by a snake,
because next visit she had been disposed of, just like the lake!

Both Biomes burst with exotic blooms from round the world to see,
but the Tropical house is steamy, and much too hot for me.
The Temperate house has artifacts and plants of ev’ry hue,
and the temperature is a lot more comfortable too.