My love affair with Cornwall

From early childhood I have holidayed regularly in Cornwall. Almost every other year I get a burning desire to return to Perranporth which feels like my second home. I have amassed many photos over the years of Cornwall, which conjure up some wonderful memories. Some have inspired me to wax lyrical, which you will see if you use the link to my Cornish Tales. My Cornwall holiday has almost become an annual pilgrimage that I feel compelled to do, and although I have stayed at various other places in Cornwall with friends, I cannot resist the call of the North Coast of Cornwall. 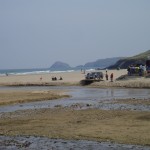 Perranporth may not be everyone’s idea of a perfect paradise, but it is a very central base on the rugged North coast of Cornwall. It is a small 50’s style resort, far enough away from Newquay to not get invaded at night by their notorious louts. On the outskirts, modern estates have increased it’s size, but apart from that, it hasn’t changed an awful lot since I first went there with my parents when I was a youngster to a hotel high up on the cliffs, overlooking three miles of golden sands. 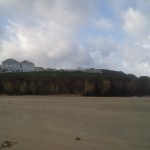 I returned several years later, married and with two children. We spent many a year camping among the sand dunes at Perran Sands, a new site then, that now has become very commercialised but is extremely popular. There is little nightlife in Perranporth and no 5-star hotels, if that is what you are after, but there are a few reasonably priced restaurants, and I always get a warm welcome at the Perranporth Inn. I go out of season these days, when the kids are in school and it is quiet, but in season, like most Cornish holiday resorts, it is packed! 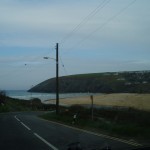 Once happily settled in my base at Perranporth, I then have to do the scenic coastal journey from Newquay to Padstow on the B3276, usually stopping at Newquay’s Porth Beach and at Mawgan Porth for a quick look at the beaches. I park my car for a while, if there is room, at the lay-by on the cliffs between these beaches overlooking Watergate Bay, to watch the water skiers.

Back on the route, I then have to stop, at the National Trust centre, for a stroll across the gorse covered cliffs to Bedruthan Steps. I haven’t actually gone down the steep flight of steps to the beach there recently, due to climb I would have to do back up, but if you are fit it is well worth seeing the unspoiled beach and rock pools down there. The name Bedruthan Steps is not taken from the 142 steep steps required to access the beach but from a mythological giant called ‘Bedruthan’ who is said to have used the rocks (stacks) on the beach as stepping stones. Back up at the NT centre there is a good cream tea to be had in the café to refresh me before I continue on to Padstow. 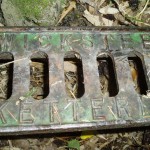 A detour worth taking, if I have time, is to the village of St Mawgan, where there is a Japanese Garden. The village is pretty enough in its’ own right, and was voted the best kept village the year I went their with one of my friends. The Japanese Garden is amazing, not only in the more formal areas, but by the way they have incorporated the lichen-covered fallen trees in their woods into the whole garden. There is even an old set of steps from a children’s slide at our local Wicksteed Park leaning against an old wall, which has blended itself well into the theme of the area. 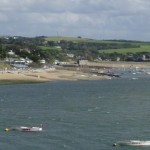 Once in Padstow there is time for a quick browse in the little shops around the lovely harbour, before I make my way onwards for the picturesque coastal walk along the estuary, returning much later for some Rick Stein’s fish & chips, washed down possibly with half-a-pint of local Cornish Ale at the London Inn. There is never enough time in a day, and one day, I will make sure I get to go for a ride on the ferry across the Camel estuary. There is so much to do……….. so little time!

Link to more tales and verses about Cornwall >>